A downloadable game for Windows

Sirens: The Cold North is the first short game in a growing series of games that all take place in the same world. See the first installment of the story of the World of Odyssea. Begin to dive into the mythology and setting right here, with the first game in the series, and become familiar with a world where magic, monsters, and politics over thrones are all found.

A new king has come to power in the Lysandian Midlands.

King Silas, a former aide to King Lionel IV now sits upon the throne after the death of Lionel and the disappearance of his son, leaving Lysandia in turmoil. Quickly bringing stability back to the realm, Silas has announced that he is determined to find the son of King Lionel and restore him to the throne that is rightfully his. Meanwhile, the death of King Lionel has left the relations between Lysandia and the other realms of Easterra in question.

In the far north, where the winters are long, and the summers are cold, the Kingdom of Atlantis stands as a monument to the Ancients that founded it millennia ago. While small in number, the Sirens stand protecting the realm that has provided the precious material, Magicite, to the whole of Easterra for generations. Seeking to improve trade relations with his neighbours, King Silas has embarked on a journey to the cold north, visiting the lonely Northern Kingdom.

Tensions are high in the Kingdom of Atlantis, as this important visit and trade deal looms in the distance.

However, this tension is lost on some, as young princess Ruby plays hide and seek with an unwilling seeker while she should be studying magic with the mages...

Play as Ruby, the young princess, and the Queensguard, Saralyn, who is tasked with taking care of the young princess. Atlantis is in full preparations for the arrival of King Silas, but something sinister is bubbling beneath the surface. Investigate the increase of monsters in the area as the royal visit from the Lysandian's draws closer and closer.

Ruby The young princess of Atlantis, and the hero of the story. Ruby is an aspiring mage, learning to harness the power of magicite so that she can protect her kingdom when it is time for her to reign. Perpetually late, as she always finds herself running off on her own "adventures," Ruby is constantly being chased around by Saralyn, her protector, and member of the Queensguard.

A decorated knight in the service of the queen, Saralyn has been given the highest honour afforded one of the Queen's guards: the title of Siren. An elite warrior, she has been assigned to protect Princess Ruby and guide her towards becoming an effective mage and kind ruler. Saralyn outwardly displays impatience with Ruby, but deeply cares for the young princess, and takes guarding her with her life very seriously.

The gameplay follows a standard JRPG style, with a sideview battle system. The mechanics of the game itself are not complex, in that there are only two buttons to worry about with the controls: The Z or Enter key for accepting and interaction, and the X or ESC key for cancelling and bringing up the menu. The arrow keys are for movement. I recommend using the Z and X keys with the arrow keys for easy playing.

However, while the gameplay is rather standard, there are a few features that provide an interesting twist that make the game challenging.

Battle System
An animated sideview battle system that should remind players of RPG's from the SNES era of gaming that still provides an element of strategy because of things like:

Magicite Consumption
While playing as Ruby, you will encounter the standard spells and MP system that you would find in most RPGs, but with a slight twist. In the world of Easterra, magic cannot be cast without the assistance of a resource called magicite. When performing magic, the spells not only cost MP, but also magicite. The magicite cost varies from spell to spell, depending on how powerful it is, and what type of magic cast. The supplies of magicite are limited, and monsters drop it rarely so you must carefully consider when to use your magical abilities.

Breakable Weapons and Armor
Another feature found within the game is that most armor and weapons will break down over time, leading to them needing to be replaced. The durability level of the weapons and armor can be viewed in the main menu, under items. When preparing to fight a monster, be sure to have an eye on the durability of your armor and weapons, and keep a few extra in stock just in case.

Quest System
A quest system that keeps track of every main and side quest for you, and rewards you for completing them, even the ones that are more narrative based rather than battle focused.

[WIP Features}
Trophy Room
A trophy room where you can keep track of your achievements that will unlock as you progress in the game. Try to unlock them all, and there might be a bonus scene for you at the end of the game.

More to be announced!

This list shall be updated as the progress on the game continues until the finished product is complete.

Simply download and extract the zip file. Go into the Sirens folder, and select game.exe to play!

Z or Enter is the accept key, and X or ESC is the cancel key. Movement is done with the arrow keys.

I loved it.  Too bad it was only a demo.  I'd love to play more.  I love the concept of how the game works.

Reply
Josiah from Canada2 years ago

Thank you so much! The game is still being worked on, and I'll be updating it soon! I've just finished some maps, and I added extensive lore through optional books, and the whole town is accessible now.

Really like what i've seen  so far of the game but unfortunately there seems to be a bug and i'm unable to save anything. For the record, i'm a mac user.

Reply
Josiah from Canada3 years ago

Thank you for playing! Okay, I shall see what I can do about that. I have an updated version coming out eventually. I am still working on it, but work has gotten in the way. However, I will check this out and see if I can figure out why that's happening.

Ah I decided to give your game a go today. It looks gorgeous (snowy maps!!) and the story sounds so interesting!! But I can't go very far into it, there's a bug with the quest that tells you to talk with 15 villagers. I completed the quest (the quest tracker suddenly doesn't even show anymore)  but the lady that gave us the quest still says we haven't talked with everyone. :(
I hope you'll find a way to fix it and upload a new version because the game looks so nice. I really want to continue it and I'm sure I'm not the only one! ^^

Reply
Josiah from Canada4 years ago

Hi Kyattchan! Thank you for playing! The bug has been fixed, just not on this page. If you head to the game page, you can go and download version 1.01. It should be fixed from there, and you can finish the demo! I hope to be releasing a new demo with some updated things very soon!

Good work man! I love it!

Reply
Josiah from Canada4 years ago

Thank you very much Thomas! I really appreciate it! Please follow, as I'll be releasing some updates for the game soon, with some more content! Time table, if all goes well, is for a new demo to be released sometime in mid January. 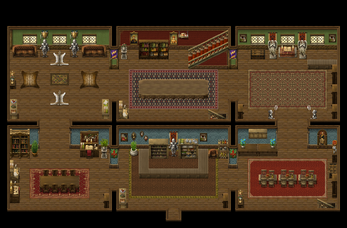 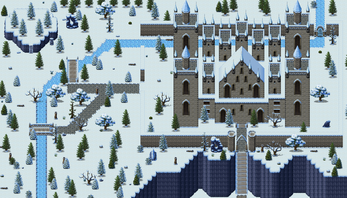 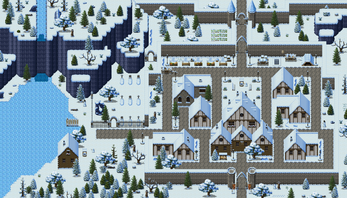